Yes, I know it’s Sunday! But, I wanted to show everyone how the week went. So I’m linking up with Amanda at Teaching Maddeness for her Friday Flashback linky. 🙂 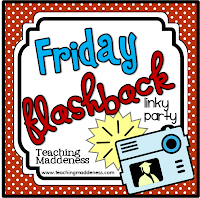 First up, we had meetings. So. Many. Meetings. Monday and Tuesday were teacher work days. However, Tuesday wasn’t so bad because I got to facilitate a PD around the Common Core Standards of Mathematical Practice! Two of my colleagues and I planned for an hour long PD (not enough of course) and we used Dan Meyer’s “Popcorn Picker” problem to get our teachers thinking and working mathematically. We’ve also done the “Coke vs. Sprite” problem in the past…so fun!

We used the video as a jumping off point to talk about the Standards of Mathematical Practice. Teachers read through them and took notes about each one. We talked about which standards they saw themselves engaging in while tackling the problem. I wasn’t thinking about it at the time, but I wish I had taken some pictures because the teachers in my building were great learners too! 🙂

On Wednesday, the kids were back! Hooray! I was so glad to see their faces and I think they (secretly) were glad to be back too. We started off the day with the Highlights of Your Break activity from Diane at Fifth in the Middle. I blogged about it {here}. They turned out so cute! 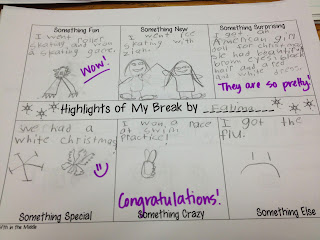 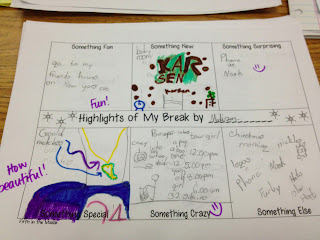 She won a race at swim practice! Crazy!

Something special: a new gold necklace! 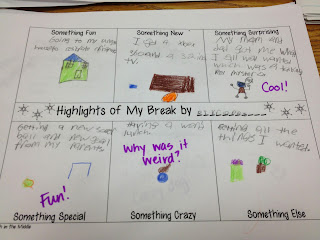 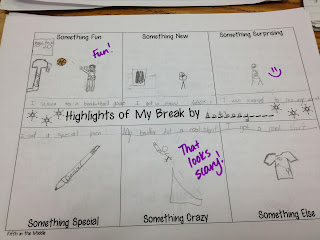 Also on Wednesday, we used the Find Somebody Who activity from Lisa at Fourth and Ten. I blogged about that too {here}.

What a great activity to get them up and moving after a boring second semester writing prompt! 🙂 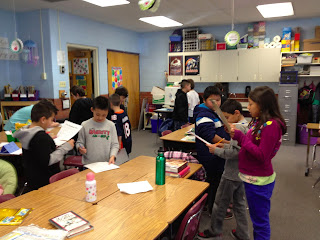 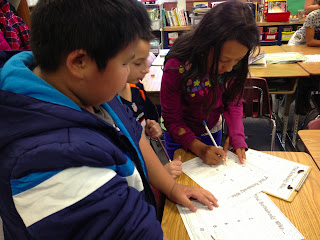 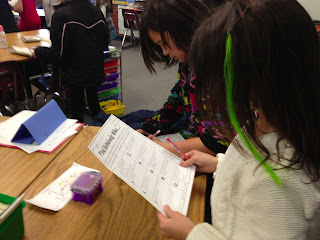 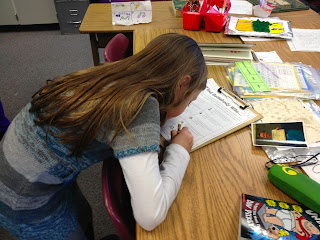 They had a blast! It was fun seeing what everyone did over break too!

One last thing…not classroom related, but SO cool that I have to share it. Since we are looking back on the week two days late, I’m including yesterday! My husband and I were driving home from our usual Saturday breakfast when we saw this guy hanging out near a gravel pit by our house.

Little known fact about me? I’m a huge nerd when it comes to eagles. And hawks. And pretty much any other bird of prey. It’s a very long story. I’ll tell it another time.

Back to yesterday. We saw our friend above, and decided to go get the bigger camera so we could take some better pictures. As we left, he flew across the street to a small lake. I hopped out of the car and walked up a small hill to get a better look at him on the ice on the lake…and I saw 7 – yes SEVEN – eagles on the ice! I was ecstatic and we hurried home to get the better camera. These are what we saw when we got back.

Left to right there were ELEVEN bald eagles on the ice! And after I snapped this picture, one more flew in! TWELVE!

It was so cool! We watched for awhile and took a TON of pictures. I was in nerdy bald eagle heaven. 🙂

Well, there’s my Flashback for the week! Even though it’s Sunday, pop over and share your week too!

This site uses Akismet to reduce spam. Learn how your comment data is processed.